My partner, Anna, and I met in Chicago while she was taking evening adult ceramics classes at Park West Ceramics. I became her instructor once she moved to the intermediate class. And no, it was certainly not like the movie “Ghost” although we wish it was.

After several years of getting to know each other and making pots together, we decided to pursue our common dream of obtaining a home studio.  In August of 2012, we found our current home in Goshen, IN, and were more excited about the pole barn we could turn into the home pottery studio than the house itself.

The same month we moved from our studio apartment in Chicago to our home in Goshen, Anna’s sister found a puppy free to a good home on Facebook. The puppy and his litter were found in a dumpster on the island of Dominica. Gunner is named for my favorite soccer team, Arsenal. He is our fur-baby. 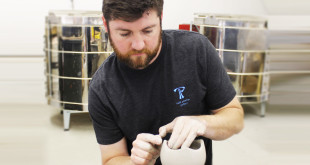 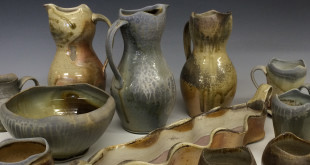